So much happened at the same time during the micro-teaching and my feelings were so jumbled up and mixed that I’m not sure how to relate what exactly was going through my mind. I will as much as possible try to re-enact the details…

For starters, always prepare yourself for technical glitches and of course a PLAN B – just in case! Luckily for me, I had so many friendly and helpful IT reps. *ahem* in class to help me. Phew! (thanx guys and Kenneth for all the help :)) I felt rather helpless being that IT idiot standing there just receiving help.

So lesson no 1: Be prepared for technical problems arising, leant how to operate these big machines and know how to react to these difficulties.

I didn’t really feel nervous when I came into class that day. But somehow, that took a turn when I was waiting outside for the gals to decide on their scenario that they’ll be simulating. From behind that blue door (blue I think!) the girls’ giggles and laughter sounded sooo evil! (no offence girls) Haha!~ I remembered me reminding myself repeatedly to stay compose and not to let my nervousness shows.

Yet, it’s funny that when the microteaching got started, I find myself not knowing what to expect and all the possible scenarios that I was trying to play out in my mind on my way to school were completely gone. I felt the need to just be spontaneous and to react according to what will de demanded of me. That was for me, the next learning point. I guess no matter how much mental preparations we make, there is a need to keep and open mind and spontaneity on how to handle students. As it turned out, coming into “class” as a teacher without expectations was a blessing in disguise. Much of the flexibility and quick thinking personally stems from not expecting a certain conformed set of behavior from students.

One difficulty that I faced in being spontaneous is the ability to phrase my words right with no slip-ups. I find myself repeatedly trying to construct and reconstruct what I want to say to be firm yet tactful in dealing with misbehaviour. Having come into class with a cheerful and friendly disposition at the start, I find it hard to switch to being assertive and to tell students. Drawing a demarcation on the extent of friendliness and firmness to exercise in class, an issue that I have been asking myself time and again, ultimately lies in the circumstances we are in. In dealing with Sunarti’s and Latifah’s so-called obsession with me, *chuckles* was one instance where I was in a dilemma on whether I should really assert myself and insist on confiscating her handphone. I went for the soft-approach of giving her a second chance.

Weili then came up with another dimension for me to consider when she took out her phone to record my movements in class. It didn’t occur to me that at that time that confiscating her handphone without doing the same to Sunarti would be considered a partial move on my part. In retrospect, it actually was. And Weili’s reaction - her still vivid loud retort -“You not fair leh cher! So bias against me!” was really apt in reflecting a real classroom scenario. For one, it was a common line that we often hear in class (since we were students!). Secondly, it clearly reflects student’s opinion on how teachers view them. That itself could develop into a bigger problem. It sets me thinking then on how I could undo that perception that was already formed by students.

The lesbian issue that was brought up in class and the obsession with teachers are rather difficult issues to be addressed. Obsession with teachers like the one that ware role played by Sunarti I felt should be dealt with simply by not giving it too much attention during lesson time. It’s not so much of neglecting the issue, rather, it will over time, reduce the urge for these students to further overtly display their affections and emotions in class. However, these issues must be addressed, perhaps outside lesson time.


What I take away from this microteaching is essentially to go into class, having in mind I need to get through the lesson and issues that will potentially rise in class in the best possible way, regardless of how it is addressed. I feel that at the end of it all, we should all go in class in a positive attitude - undaunted by what is to come - and leave still feeling positive.

On a lighter note, here’s a motivational poem that will hopefully keep us going til’ 20 years down the road (if we can overcome the first 3 years first!hehe..)

Here’s a rough prelude to my thought and feeling prior to the microteaching.

There was so much going through my mind in planning for the micro-teaching. Being one of the last few left, I felt there is so much expectation – to make the lesson interesting. Yet, I find it hard to deviate and to plan something without using Power Point completely.

I realized that I paid a lot of attention in trying to think of ways of managing the class better. I was recalling the previous micro-teaching and how the rest reacted to the various simulations. I panicked~! I simply couldn’t see myself in their shoes dealing with all the misbehaviour. I couldn’t quite imagine what I would do! So yes, on Tuesday night, I was panicking like crazy lah!! And using the elimination method, just like the way Jac did it, I was pre-empting a fight of a fire-drill. To just digress a little, I was actually imagining the gals screaming, jumping in joy that the lesson is cut short. I visualized myself screaming on top of my lungs to make them line up in twos before I bring them down to the NIE canteen. Frankly speaking, that was my plan if indeed a fire drill simulation was matrialised. Haha!

Anyways, back to my lesson planning, I personally love that video on the eruption of Mt. St. Helen’s and there was really so much I feel they could learn from it. Much of the important information that I wanted to highlight to the class are in different segments of the video. It did occur to me that the information gathered from the video could be rather disjointed but could not extract the parts I wanted and piece it all together. So I decide to just go with what I have got.

I was kind of worried also that I might be slow at reacting to different scenarios. Based on the previous microteachings, I was wondering whether I am even able to pick out what the rest will be simulating. I was really hoping that my radar is on high alert mode! 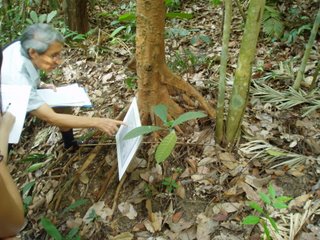 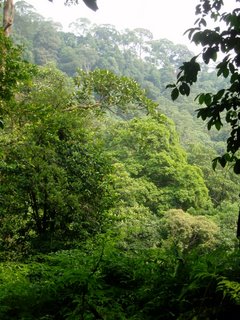 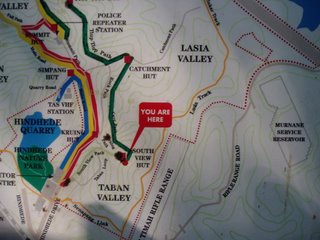 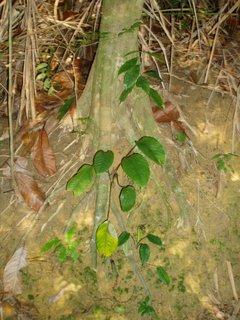 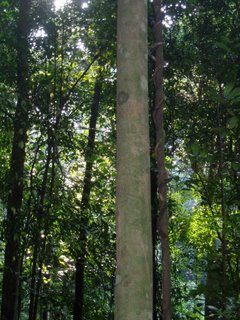 I just uploaded the pictures i took on Monday...And so, I'm back tracking a bit...
Took some pictures of the tree features which i think will be of good use in the near future.

Yay!!I finally got this up. I was cracking my brain, trying to come up with a name and a URL. So yah…I’m glad I finally did it. I’m not quite an advocate of blogging and I always had this idea that you need to be one IT geek (no offence peps!hehe) to be a blogger. But now that I’ve (me being the IT laggard) set this thing up, I realized it’s not too bad after all.

Anyways, today’s lesson was interesting. Kai Xing did a great job in his presentation. And Prof Yee, once again, amazed me with his creativity. Just when I thought he’s probably running out of ideas, he came with The Epiphyte Song lah can?! Haha!
Oh yah! That ‘Don’t Cut Me Down’ song by Olivia Newton-John gave me goose bumps! She sang it with so much emotion!

Since I’m all impressed by Prof. Yee’s creativity and drive to deliver interesting geog lesson, I guess it’s about time I start collecting resources and materials for teaching and start thinking of my own new and creative ideas! I shall embark on this…while I’m still highly inspired! :)